5 Iron Rich Foods for a Stronger You and Good Health 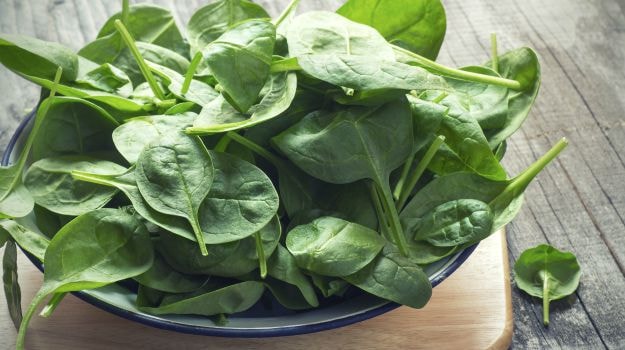 Popeye with his bulging muscles and pounding arms made you believe that tins of spinach could make you iron-like strong and unbeatable. And he wasn’t entirely wrong. Foods that are rich in iron can give you an energy boost like no other.

Iron is a mineral that’s found in the foods we eat and works to produce hemoglobin in your red blood cells that carry oxygen from organ to organ. Without enough iron, your body cannot produce enough hemoglobin. And as a result, you might feel lethargic and lack the energy to carry out daily tasks. A severe iron deficiency might even cause organ failure. According to Dr. Anita Verma, a Delhi-based nutritionist, “Iron is important for people of all age groups. Any kind of deficiency can slow down the absorption of minerals, make you lethargic and in kids it can even slow down their growth.”

Iron Deficiency Anemia (IDA) is a huge problem in India, especially in infants, young adults and pregnant women. In fact, according to a 2013 report, 20% of all maternal deaths in India were caused by an iron deficiency and 50% were associated with it. According to the Journal of Population and Social Studies (JPSS), “the wide prevalence of iron-deficiency anaemia is an indicator of the poor nutritional status of the masses in India.”

How much iron does a person need daily? That mostly depends on the age, sex and weight of the person in question but according to a report by the National Library of Medicine, men above the ages of 19 should get 8 mg/day and women between the age groups of 19 to 50 should get 18mg per day. To understand how to meet your daily requirements, let’s delve deeper into why exactly iron is good or you and what are its key sources.

There are two types of dietary iron: Heme iron, which you can get from animal sources like chicken, fish and beef. The other kind is Non-Heme iron which you can get from kidney beans, tofu etc. According to Web MD, your body absorbs more iron from Heme sources. Unlike other vitamins and minerals, the great thing about iron is that you can take care of your deficiency by eating iron rich foods, without having to turn to supplements. According to the National Institute of Health, the required daily amount for vegetarians is 1.8 times higher than for those who eat meat. This is because meat-based sources are higher in Heme iron.

If your blood reports show a low blood count or you’re feeling particularly lethargic, then here’s a lowdown of some iron-rich foods you must throw into your shopping cart right away:

1. Soyabean – It’s not only one of the best sources of iron, but it’s also rich in calcium, magnesium and selenium. It can also reduce the risk of heart disease, cancer and osteoporosis. Soybean is also the only vegetarian food that is a complete protein, which means that it contains all eight essential amino acids.

2. Nuts – You can eat them raw or sprinkle them over your salad, nuts won’t just make your meal delicious but also make you real healthy. The kind of nuts with the highest iron content would be cashew nuts. Every 30 grams serving of cashew nuts can provide around 2mg of iron. You can also munch on almonds, hazelnuts, peanuts and pine nuts.

3. Red Meat – There are endless studies that discredit red meat because of its alleged ties with obesity and cancer, but there’s no denying that red meat is one of the best sources of iron. It contains Heme iron, which is readily absorbed by the body and restores iron in your body.

4. Chia Seeds and Pumpkin Seeds – Pumpkin seeds, known as ‘pepita’ or ‘pepita de calabaz’ (little seeds of squash) in Spanish are creamy, crispy and bite-sized seeds of the pumpkin fruit. They make a terrific snack-on-the-go and are also rich in iron. You can eat pumpkin seeds raw or the slightly roasted ones. Chia seeds are small, black and crunchy seeds that are not just high in iron but also a great source of calcium and magnesium.

5. Dried Apricots, Raisins and Dates – Raisins, like other fried fruits can be eaten as a snack or thrown into your bowl of cereal or salad. They’re rich in Vitamin C as well, which helps your body better absorb iron. You should also include some dried apricots in your diet. The canned or cooked versions will work too, but they won’t be as rich as the dry ones.

Another food which we’re sure doesn’t top your shopping list is Chicken Liver. It’s extremely rich in protein and folate, which can help ward off birth defects and blood diseases. It’s also an excellent source of Vitamin A, B12 and of course, iron. If you’re a seafood fanatic then you can try mussels as well. Some other food sources of iron: quinoa, bananas, kidney beans, lentils, peas, oats and spinach. Fruits that are high in Vitamin C are also a good source of iron so try and include citrus fruits, berries and melons in your diet.

Get the workouts behind the best physique in the h

Dumbbell only workouts. Get the app now link in bi