Branched-chain amino acids (BCAAs): Do you need to take them?

Branched-chain amino acids (BCAAs) have been a popular supplement for decades. It is estimated that the BCAA market supplement size is between $200 and $500 million, making it one of the most sold supplements in the world. These supplements are often marketed as muscle-building supplements and as good tools for weight loss or for sparing lean muscle mass for individuals who train in a fasted state.

There has been an immense amount of research over the last few decades on these supplements and there is good evidence as to whether people should take them, and who, if anyone, might benefit.

The best place to start when discussing what BCAAs are in a discussion of amino acids. Amino acids are molecules that contain three key components: an amino group, a carboxyl group, and a side chain. 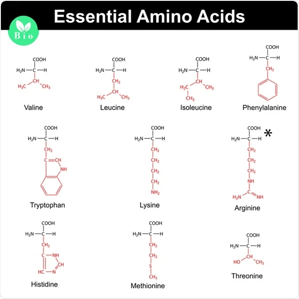 There are three of these BCAAs: leucine, isoleucine, and valine. Each of which has well-established and well-known effects within the human body.

WHAT ARE THE BENEFITS (ARE THEY GOOD FOR YOU?)

While the three BCAAs have similar structure and some overlapping functions, they do each have different roles in the human body.

Leucine may be the most well-known of the three BCAAs as one of its primary roles in the human body is to help facilitate muscle growth at the molecular level. When consumed in sufficient quantities (~3 grams) leucine turns on molecular signals in muscle tissue that causes muscle protein synthesis. Specifically, it activates the mTOR and S6K pathways.

Leucine has also been shown to cause the release of insulin from the pancreas. This can help reduce muscle protein breakdown as well as help increase glycogen storage. The combination of increasing muscle protein synthesis and eliciting an insulin response means that consuming enough leucine after exercise can help with recovery from exercise.

Isoleucine gets far less attention than leucine, even though it is remarkably similar in both its structure and its function. One of the well-established effects of isoleucine is to increase the amount of glucose that is taken up into muscle cells. Interestingly, it does not appear to stimulate glycogen synthesis like leucine does, which may be due to the lack of insulin release or some other mechanism. This does suggest that consuming isoleucine with leucine is likely more effective than consuming either one in isolation.

Valine is often thought of as the BCAA that is just along for the ride. This is mostly because the most well-known function of valine is for it to be converted into glucose. It has been shown to be involved in some tissue repair, but it does not appear to be as effective leucine and isoleucine.

DO YOU NEED TO TAKE SUPPLEMENTS FOR BCAAS?

Most people consume enough BCAAs in their diet such that supplementation with them does not provide any additional benefit. The primary BCAA that should be considered is leucine, as that has the most robust effects of any of the three BCAAs. Consumption of ~3-10 grams of leucine per day appears to be enough to optimize the muscle protein synthesis benefits. These levels of intake can be achieved by consuming a well-rounded, omnivorous diet or through utilizing a high-quality protein supplement.

Currently, the evidence seems to indicate the BCAA supplementation per se does not provide any additional benefits above what individuals consume in their diet or may get from another well-rounded protein supplement. There is also some evidence to suggest that to really see a meaningful effect that there needs to be adequate availability of all amino acid precursors.

WHEN AND HOW MUCH SHOULD YOU TAKE BCAAS?

While it appears that BCAA supplementation is unlikely to provide any major benefit, there are some things to consider for those who do decide to take them. It is important that the leucine content of any supplemental form of BCAAs includes at least 3-5 grams in each serving.

Additionally, pragmatically speaking, it appears that ~7-15 grams per day is the standard dosing provided in most supplements, which should provide ~3-5 grams per serving over 1-2 servings.

BCAA supplementation is often taken peri-workout (before, during, or after) especially when individuals are fasting around a workout. For endurance athletes, consuming them during a long race has been suggested to be helpful, but there is limited evidence to support this claim. There is some evidence that consuming BCAAs after resistance training can reduce delayed onset muscle soreness.

WHAT ARE SOME FOODS HIGH IN BCAAS?

The foods that are highest in BCAAs tend to be animal meats or animal byproducts. For example, beef, poultry, fish, turkey, and eggs are good sources of BCAAs. Dairy products such as cheese and milk also contain higher amounts of BCAAs. Some plant foods such as nuts, seeds, tofu, and lentils contain moderate amounts of BCAAs.

ARE BCAAS SAFE TO TAKE?

BCAAs are found in our foods and are considered safe for almost all people, except for those with genetic disorders such as Maple Syrup Urine Disease, which affects ~1 person out of every 220,000 people. There are other medical conditions in which BCAA intake should be monitored, but for otherwise healthy people BCAAs appear to be safe to consume from food as well as in supplemental form.

There is some data regarding the dosing of supplemental BCAAs that is considered safe. Intakes below 35 grams per day or ~500 mg/kg/day of leucine, specifically, appear to be well tolerated and safe in otherwise healthy individuals.

Outside of the risks associated with medical conditions related to BCAA metabolism, such as genetic disorders there are very few documented side effects. There are some self-reported side effects of nausea among some users but there is very little in the medical literature.

CAN THEY DAMAGE YOUR KIDNEYS?

Among otherwise healthy people, supplementation with BCAAs do not appear to have any negative, long-lasting effects on the kidneys. However, among people with established kidney disease the picture is less clear. Higher protein diets can be harmful to kidneys in people who already have established disease.

However, supplementation with low doses of BCAAs is currently under investigation. Some studies suggest that BCAAs may be beneficial to this population as BCAA oral supplementation can induce an improvement of appetite and nutritional status.

However, some experimental evidence suggests there may be deleterious effects on kidney function. As such it is currently recommended that anyone with pre-existing kidney disease should consult with a physician, specifically a nephrologist before they consider taking a BCAA supplement.

As mentioned above, BCAAs, specifically leucine, have been shown to activate the molecular machinery involved in muscle growth. In fact, one of the most well documented effects of consuming BCAAs is activation of muscle protein synthesis. However, simply turning the signal on is not sufficient to promote muscle growth to enough such that there are measurable changes in muscle tissue over time.

It is important that there are enough calories and other raw materials (e.g. additional amino acids) to allow for sustained muscle growth over time. Simply put, BCAAs can help increase the signal for muscle growth, but they are not enough by themselves to promote actual hypertrophy.

BCAA supplements are a great source of amino acids that we otherwise consume in our diet. Most people who consume a balanced, omnivorous diet do not see any real benefit from adding supplemental BCAAs to their diet.

There are some awfully specific populations who may benefit, but even then, the evidence is sparse and most of it is based on speculation and limited peer-reviewed evidence. Outside of those with specific medical conditions, supplemental BCAAs appear to be safe in doses less than 35 grams per day with most dosing protocols falling within 7-15 grams per day.